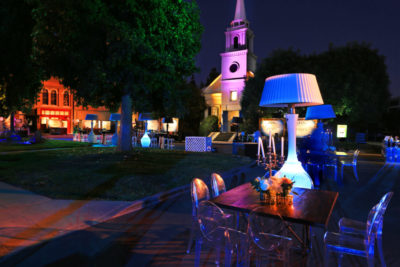 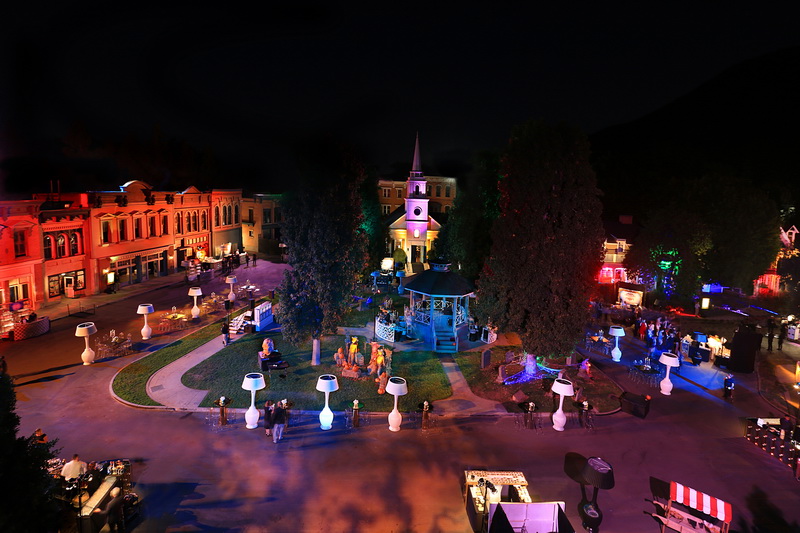 What do you do when a high-end event falls on Halloween? Do what we did – a monster mash. The mash up of posh style and home-town Halloween for the Breeder’s Cup Annual Taste of the World event was a vibrant and fun theme. 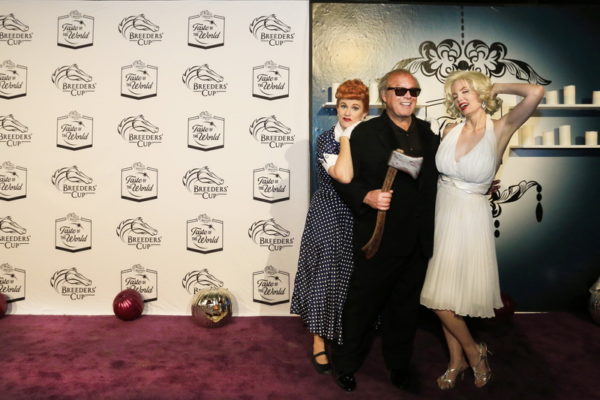 The 1,200 guests probably knew to expect great food, but what they didn’t expect was that the event’s traditional purple carpet entrance and guest arrival area would soon be under a zombie attack. However, the Jack Nicholson look-alike from The Shining might have been a clue! 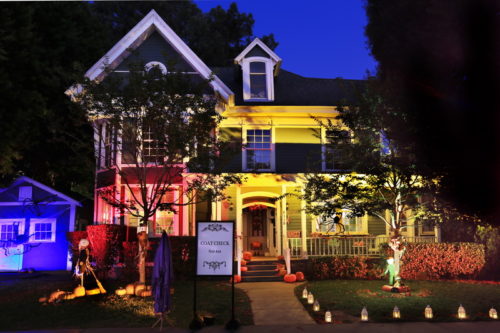 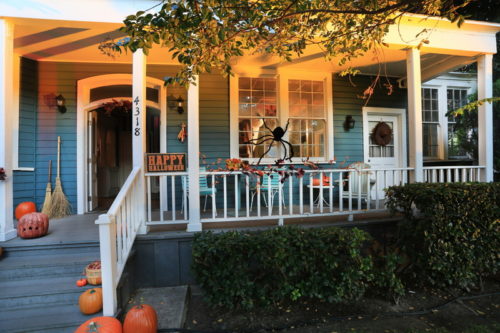 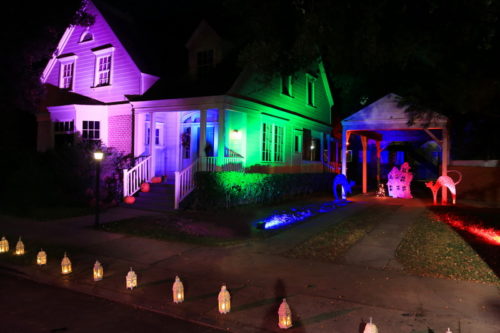 As they started to make their way into the event towards the central gazebo, they could visit haunted houses in the buildings along the way. Many of the facades along Midwest are actually built out and have home to many TV shows and movies. It’s a feature of this street that makes it a big draw for many groups. 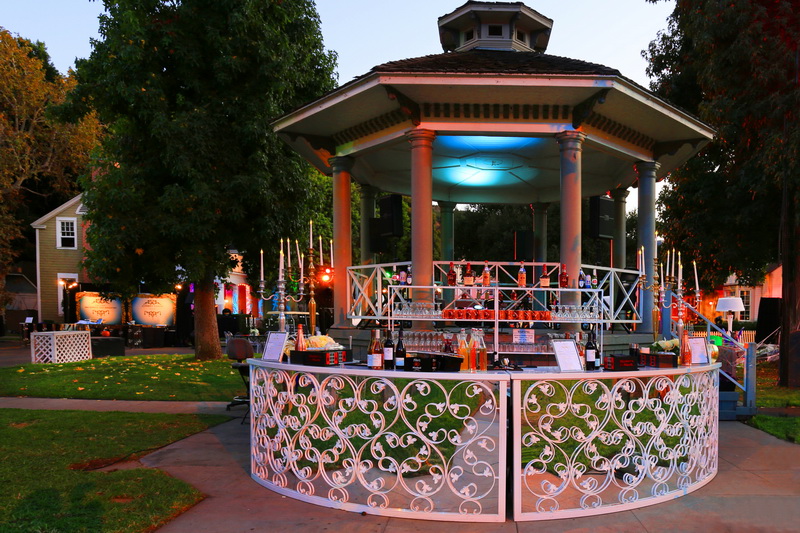 As they approached the gazebo, they could see it had been turned into a stylish bar. Around it though, a cemetery and a pumpkin patch. 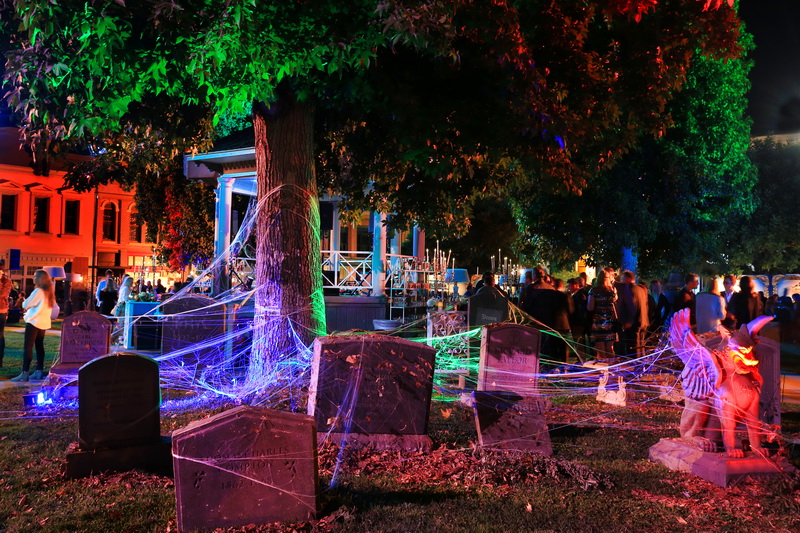 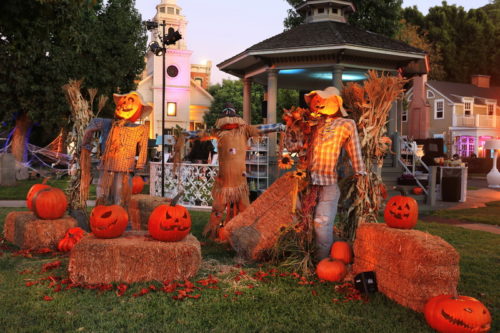 A world-class pumpkin carver was working on a giant sculpture in real time. Hours before the event he had already turned his artistic eye to other pumpkins which he turned into an array of jack-o-lanterns. 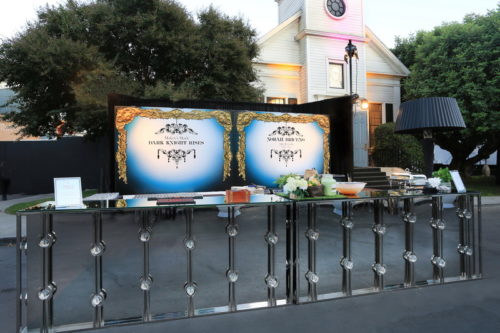 High-end mirrored bars and buffets, ornate graphic design on the signage, gold cocktail tables and orchid arrangements were set on the actual street that encircles the park, creating a force field of style and taste, if you will! 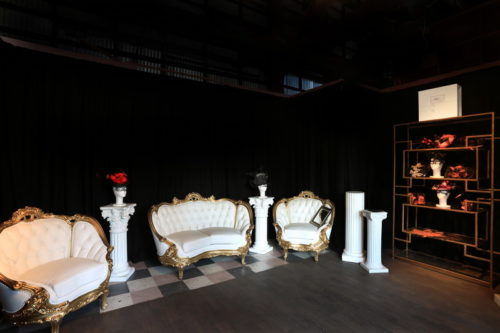 As hats and horse racing o go together, we had created a haberdashery where guests could have custom hats made. 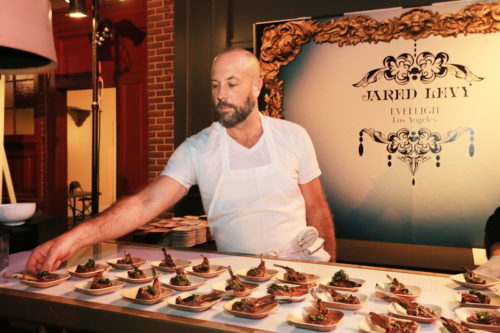 The Breeder’s Cup event is always a food-centric event. Top chefs from Los Angeles served gourmet bites which were paired with unique cocktails at each station. 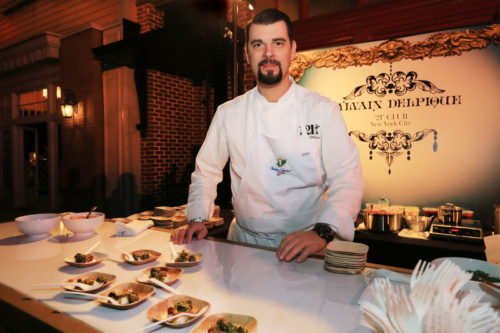 The gourmet cuisine was so good it was scary! 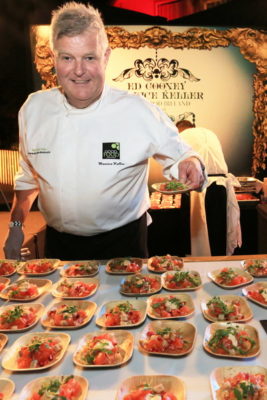 The fun of having the event fall on Halloween was not lost on the guests, or on the zombies who rose to the occasion for a line dance to Thriller! 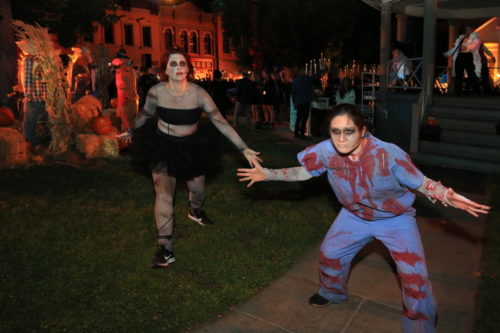 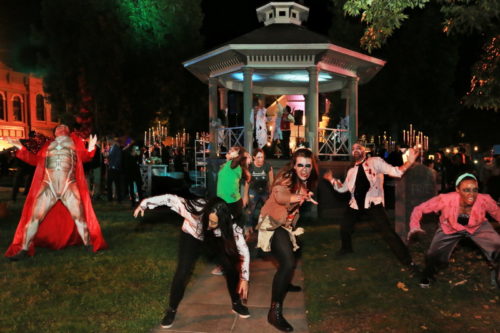